Market leader with an eye to the customer

Kjærgaard Paprør was established in 1993 by Per and Erik Kjærgaard and in 2018 the company celebrated its 25th years anniversary. Today, Kjærgaard Paprør is owned by Per Kjærgaard who also has resumed the role as Managing Director.

Today, the company is the market leader and the largest player on the Danish market for production and sale of cardboard tubes. For two decades the company has developed a large and loyal customer portfolio in Denmark. The company also exports its products.

The company is a total supplier of cardboard tubes in all sizes, colors and with and without label print on the tubes. During the years, Kjærgaard Paprør has developed know-how and expertise that is unmatched in the Danish marketplace for cardboard tubes. This is also evident when looking at the combined experience of its employees that on average has been with the company for +10 years on average. Thus, the core processes of the company are robust and well thought out.

Modern company on the forefront of technologies

Kjærgaard Paprør is located in Gørding in close distance to Esbjerg where the company has its operations. The production facilities are new, modern and tailormade. The facilities where taken into operation in 2017. The company values are based on a strong quality and environmental mindset.bets ledelse. 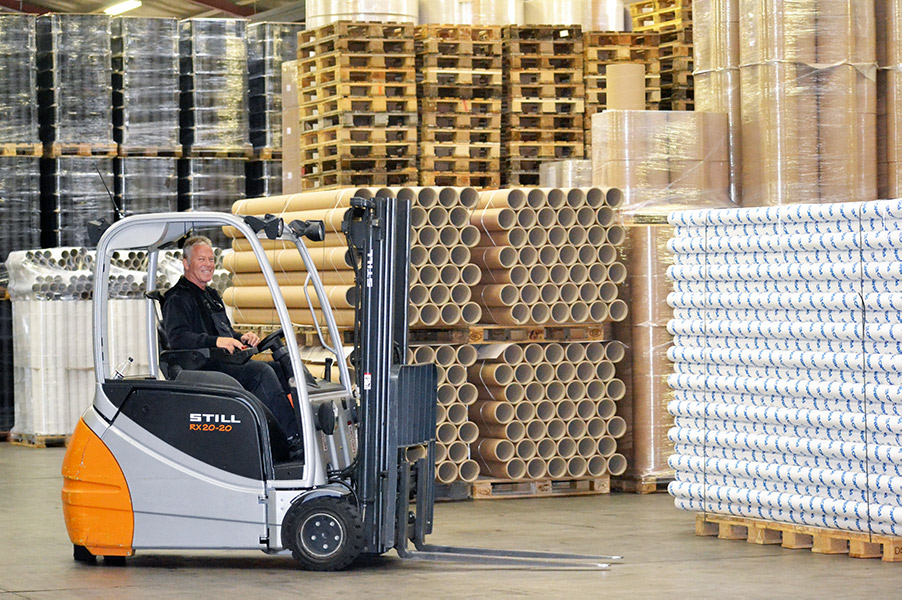